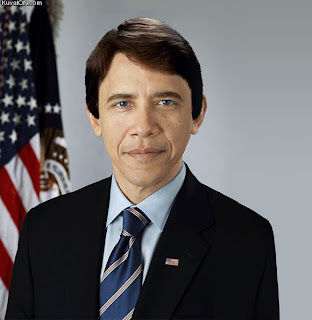 Barack Obama got out of the shower and was drying off when he looked in the mirror and noticed that he was white from the neck to the top of his head.

In a sheer panic and fearing he was turning white all over, he called his doctor and told him what had happened. The doctor advised him to come to his office immediately.

After an examination, the doctor mixed a concoction of brown liquid, gave it to Barack, and told him to drink it all.

Barack drank the concoction and said, “That tasted like sh*t!”